Digital Marketing is more complex than you might think, especially if approached correctly. Conversely, SBZD Marketing is proud to serve you both as a website design company, and as a digital marketing agency. We pay close attention to every detail regarding your brand, in order to provide you with a seamless marketing experience.

We make it our mission to ensure that you are happy with results. While we pay close attention to detail, SBZD Marketing recognizes that you know your brand best. Your project is likewise only deemed as complete once you are confident that it represents your brand accurately. Stand out among your competition today!

When looking for a great website design company, you will notice that very few of them offer SEO. At SBZD Marketing, we bundle onsite SEO with every package. However, this is not enough to bring in new customers with Google's rapidly changing algorithm. Inquire about our marketing packages to find out how else we can help. SBZD Marketing is the only website design company that prioritizes your budget.  Likewise, every website that we build is guaranteed to meet a high standard of quality. You can design, and print any type of advertising through SBZD Marketing.  This includes business cards, brochures, and social media.  However, if you had a specific project in mind, feel free to inquire about it! Meet with a digital marketing expert to determine your needs first.  Outshine the competition, and save money at the same time!  In other words, knowledge is power.

Jose has over 10 years of experience in sales, and marketing.  He started out selling and marketing products in San Jose, and eventually, on the internet.  Furthermore, his education consists of international business, and marketing.  Jose’s interest in digital marketing stems from his work at a traditional marketing firm, that specializes in small business. Because of this, Jose realized that the services being offered were jut too expensive for mom and pop shops.  Mr. Salazar was likewise inspired to peruse digital marketing for small business. Jose’s personal interests include sports, movies, and food.

Brian joined SBZD Marketing shortly after Jose Salazar started the company.  His background consists of Graphic Design, Web Design, Web Development, Motion Graphics, Game Design, and even robotics.  Mr. Ressler has been exploring these interests academically, and professionally, for about 5 years.  His aesthetic mainly incorporates minimalism, which can be described as simple, and clean.  However, Brian once described himself as a software engineer.  It was not until college, that creativity sparked his interest.  In his free time, Brian looks at memes, plays horror games, and watches DIY car videos.

Kelly Salinas is native to the Silicon Valley. Consequently, she has the unique perspective of having seen the area blossom into a technological melting pot.  In 2009, Mrs. Salinas was awarded a Bachelor’s of Communications from the University of San Francisco. Since then, she has held several positions, including roles in marketing, and customer service.  Kelly is an expert in social media management, and online blogging.  She is responsible for creating, and revising the content written on our client’s websites.  In her free time, Kelly likes spending time with her husband, and child.

Every website design project follows strict quality standards. Regardless of your package, expect your brand to shine. On the modern internet, most traffic comes from phones, and tablets. SBZD Marketing won't let you fall behind!

Modern websites are built with many complicated features. Because of this, it is important that sites are optimized to load quickly. 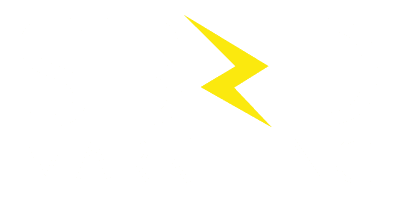 SBZD Marketing is dedicated to the growth of your business.  We provide affordable, and professional online marketing services tailored to your specific business needs.